Some people find it hard to believe demons or unclean spirits exist. They assume that all the things happening negatively or positively in their lives are natural or normal.

In this article, you’ll find out if demons or unclean spirits exist or not.

Are Demons or Unclean Spirits Real?

I like to empower you with a POWERFUL free e-book that will prepare you for your deliverance journey and gaining peace of mind and total freedom from demonic attacks and manipulations.

Today since we are talking about the reality of demons and unclean spirits, I put together a free e-book: “How to Know You Have A Spiritual Spouse” so you can get well-informed information on how to diagnose and check your spiritual health Status and finally get deliverance. 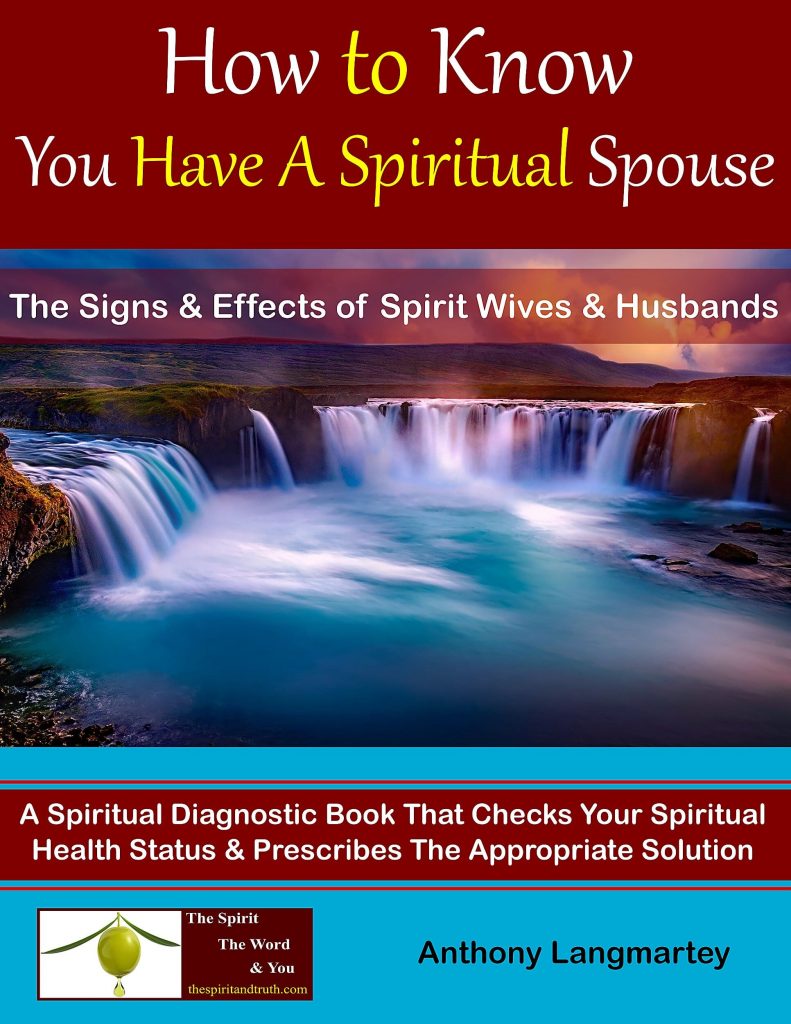 Are demons or unclean spirits real? Absolutely yes. The Holy Scripture is actually clear that such creatures do indeed exist. On fifty-two (52) separate occasions in the New Testament, we have references to demons, and there are another twenty-three (23) references to unclean spirits.

The Holy Scriptures describe demons as powerful but limited and ultimately defeated creatures.

Demons are also referred to as “devils” and “evil spirits.” Some of the false gods that received human sacrifices are described as actual demons. The Bible says, “They sacrificed unto devils, not to God; to gods whom they knew not, to new gods that came newly up, whom your fathers feared not” (Deuteronomy 32:17, see also 2 Chronicles 11:15).

The Holy Scripture made it clear that most afflictions are due to demonic and Satanic influences: “And ought not this woman, being a daughter of Abraham, whom Satan hath bound, lo, these eighteen years, be loosed from this bond on the Sabbath day?” (Luke 13:16) The Bible again says, “And when he had called unto him his twelve disciples, he gave them power against unclean spirits [demons], to cast them out, and to heal all manner of sickness and all manner of disease” (Matthew 10:1).

Demons see you as their enemy and are fighting you from all angles, whether consciously or unconsciously. Therefore, the smart way and the first step to prepare your defense against them is to accept and believe in their existence and the harmful effects they could afflict on you. Knowing this will prepare you well for the great battle ahead of you.

The Bible says, “For we wrestle not against flesh and blood, but against principalities, against powers, against the rulers of the darkness of this world, against spiritual wickedness in high places” (Ephesians 6:12). Therefore, this fight goes beyond the human sphere, since it is carried out, “not against blood and flesh,” but against “wicked spirit forces.”

The biblical teaching on the subject is widespread — not limited to one place and time. With the Bible as the final authority, the existence of these spiritual beings called demons is beyond question.

Proofs from the Bible

The Old Testament writers accepted the existence of demons:

“They sacrificed unto devils [demons], not to God; to gods [deities] whom they knew not, to new gods [deities] that came newly up, whom your fathers feared not” (Deuteronomy 32:17).

Note: These evil spirits are not called “demons” in the Old Testament but are rather referred to as devils since “demon” is a Greek term. However, some translations do use the term “demon” when they translate certain Old Testament terms. Demons are also called devils.

2. Recognized by Yahshua the Messiah

The point that demons do exist was recognized by Yahshua the Messiah. Yahshua was found speaking about them and to them.

From these statements, it is true that Yahshua apparently believed in the existence of demons. Yahshua the Messiah was also found rebuking demons and casting them out of humans.

“And when he was come to the other side into the country of the Gergesenes, there met him two possessed with devils [demons], coming out of the tombs, exceeding fierce, so that no man might pass by that way. And, behold, they cried out, saying, what have we to do with thee, Jesus, thou Son of God? Art thou come hither to torment us before the time? And there was a good way off from them a herd of many swine feeding. So the devils [demons] besought him, saying, if thou cast us out, suffer us to go away into the herd of swine. And he said unto them, Go. And when they were come out, they went into the herd of swine: and, behold, the whole herd of swine ran violently down a steep place into the sea, and perished in the waters” (Matthew 8:28-32).

Our Lord and Savior Yahshua the Messiah indeed accepted the existence of demons, and this fact is beyond question.

3. Recognized by the Pharisees

When the Pharisees (religious leaders) engaged Yahshua the Messiah with a conversation, they said the following.

“This fellow doth not cast out devils, but by Beelzebub the prince of the devils [demons]” (Matthew 12:24).

4. Recognized by the Seventy Disciples

Yahshua the Messiah sent out the seventy disciples and gave them the task to drive out demons.

“And the seventy returned again with joy, saying, Lord, even the devils are subject unto us through thy name” (Luke 10:17).

The Apostle Shau’l [incorrect name: Paul) also recognized the existence of demons. Here is the account:

“And it came to pass, as we went to prayer, a certain damsel possessed with a spirit of divination met us, which brought her masters much gain by soothsaying: The same followed Paul and us, and cried, saying, these men are the servants of the Most High God, which shew unto us the way of salvation. And this did she many days. But Paul [Hebrew name: Shau’l], being grieved, turned and said to the spirit, I command thee in the name of Jesus Christ [Yahshua the Messiah] to come out of her. And he came out the same hour” (Acts 16:16-18).

James, a servant of Yahveh and of the Lord Yahshua the Messiah also testified to the existence of demons.

“Thou believest that there is one God; thou doest well: the devils [demons] also believe, and tremble” (James 2:19).

The existence of spirit beings called “demons” or “unclean spirits” is openly taught in the Holy Scriptures. Yahshua the Messiah during his stay on earth drove out many of these demons from humans. Yahshua, as God who became a man, would be in a position to know whether or not they did exist. Yahshua made it clear that demons do exist, and it is clear that they can cause all sorts of problems with humanity.

Therefore the Bible says that a spiritual realm exists that is unseen to the human eye. Along with the one true, God, there exist, also in this realm [earth], such personal beings as good angels and demons.

DO WANT TO KNOW MORE ABOUT DEMONS? THIS IS A POWERFUL TEACHING BOOK ON THE SUBJECT. 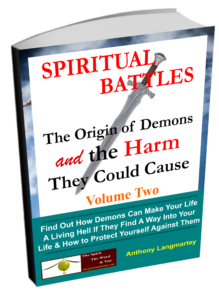 Are you SURE you know what demons are?

Are they real or do they exist at all?

Have you been involved in “spiritual warfare” where the more you focus on demons, the more warfare you actually get?

You are not alone; I too have been through all kinds of “spiritual warfare” over the years.

From the extensive study, personal experience, and insight into this subject, I want to share with you the knowledge about these spiritual beings.

What if you have been shadow-boxing an enemy that doesn’t even exist?

Find out now! Click here for more info on the book now!

You can download it by clicking on the black button below 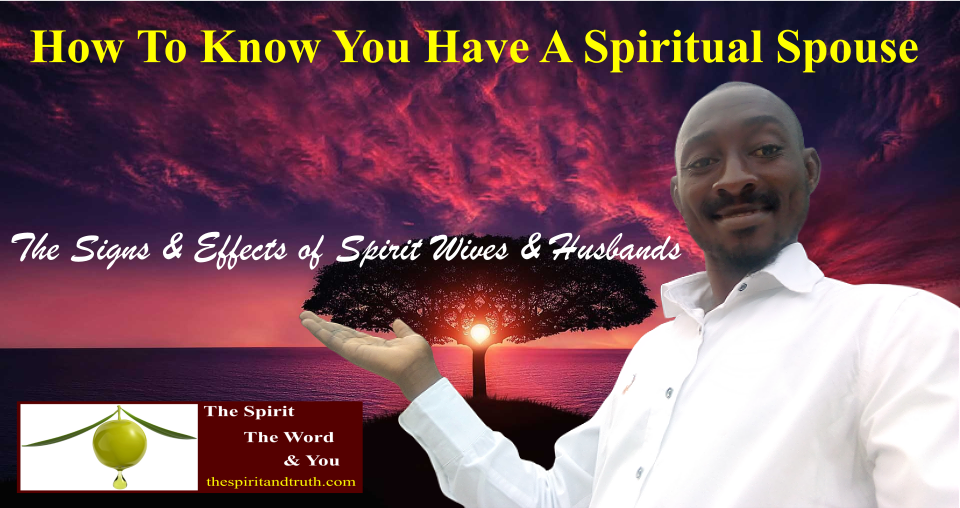 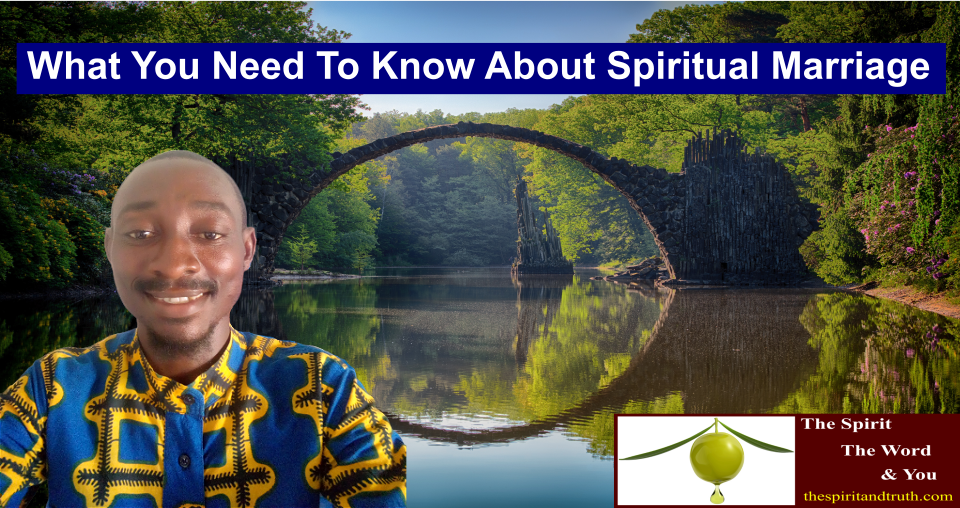 Many people struggle in silence due to the shame of the subject matter and the fear of rejection associated with issues of a sexual nature. As an individual, you may suspect that you or your spouse have been having issues with spirit entities disturbing you or sexually harassing you… 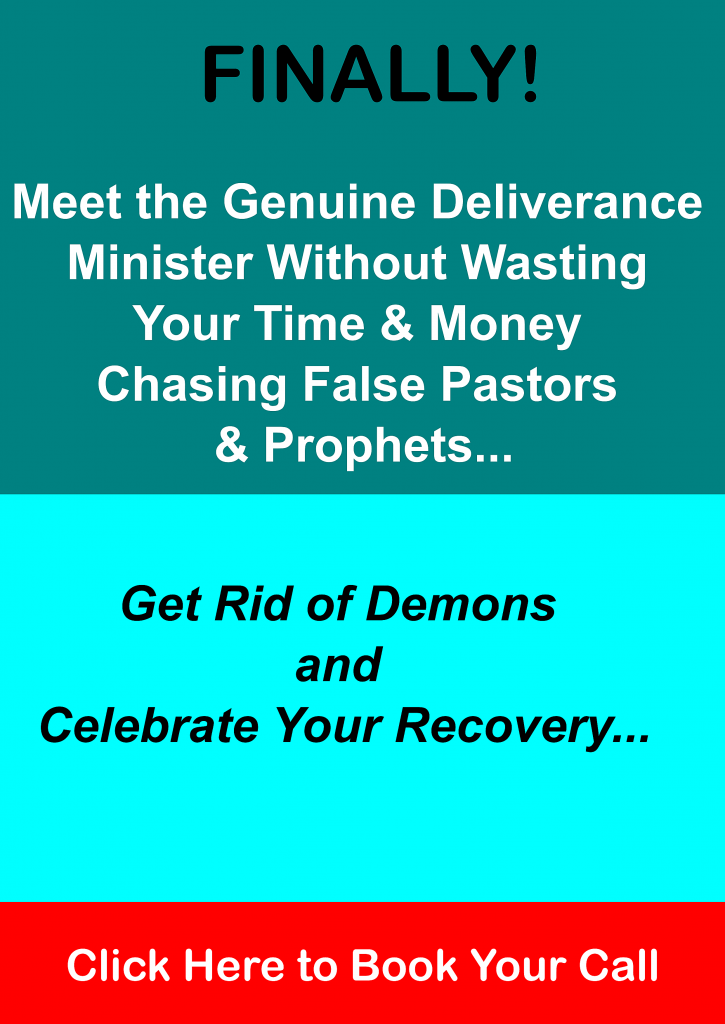 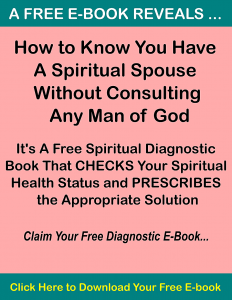 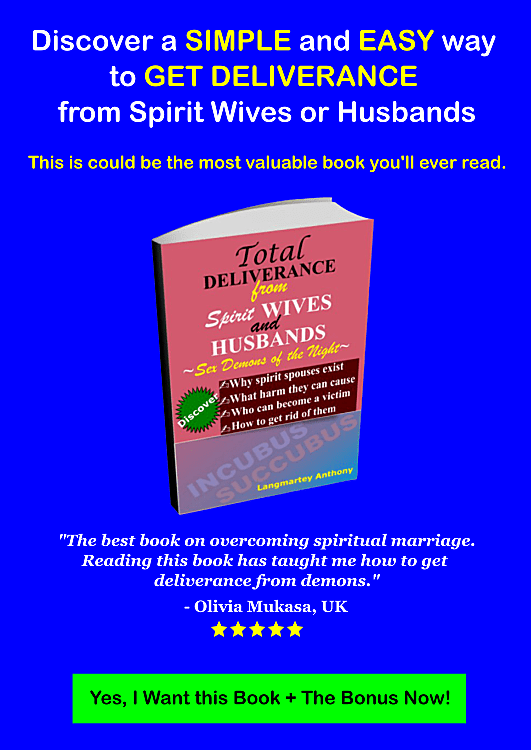 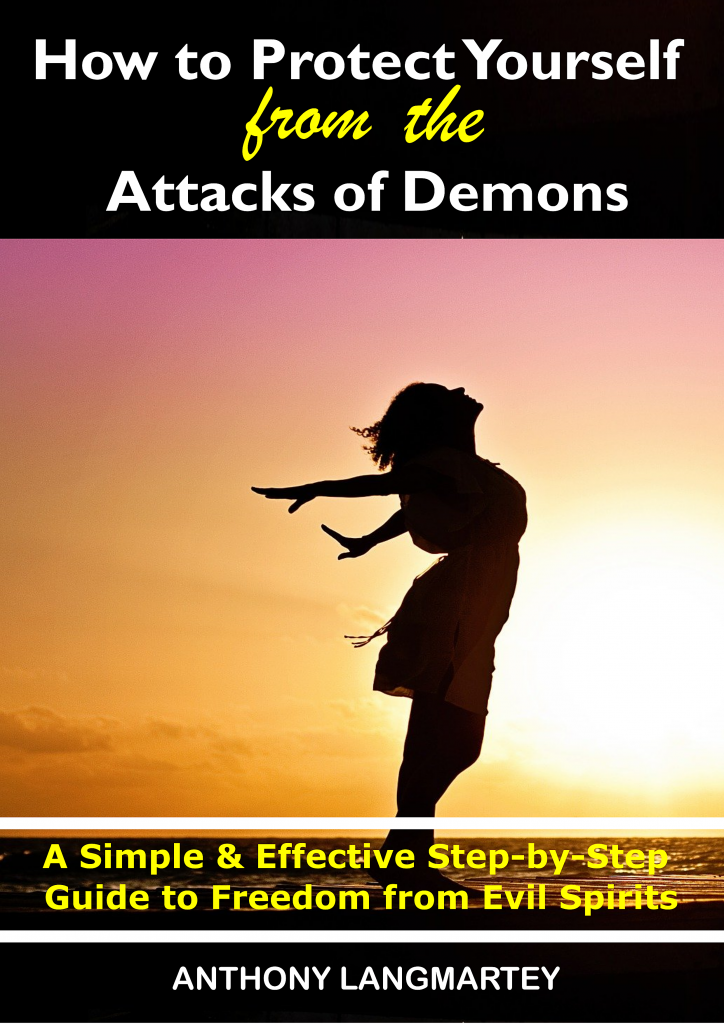 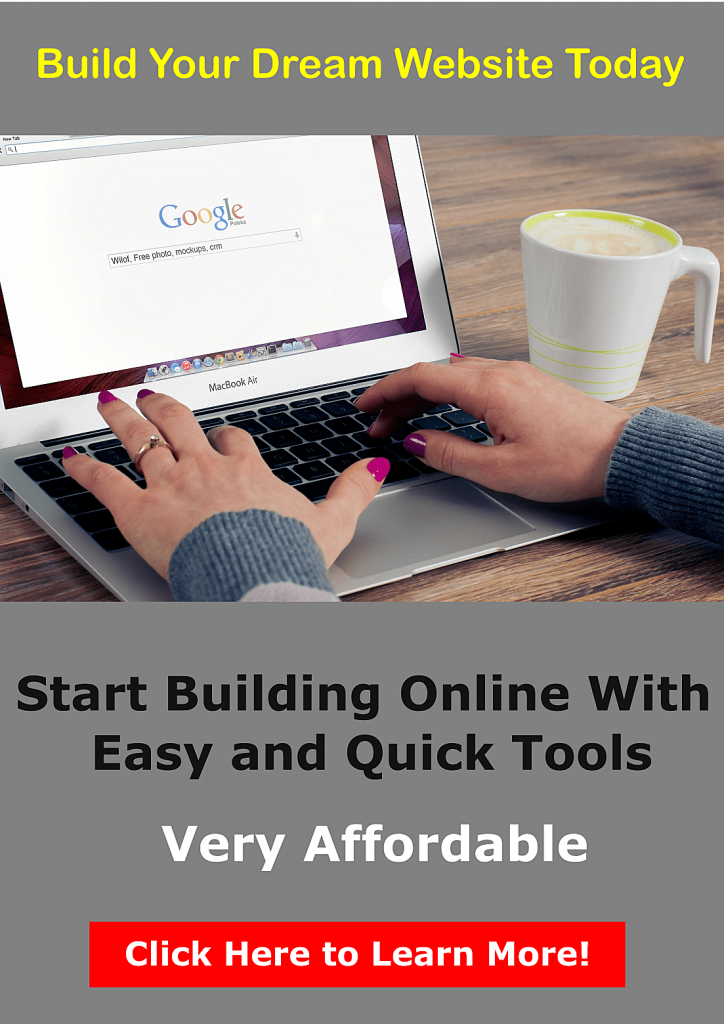