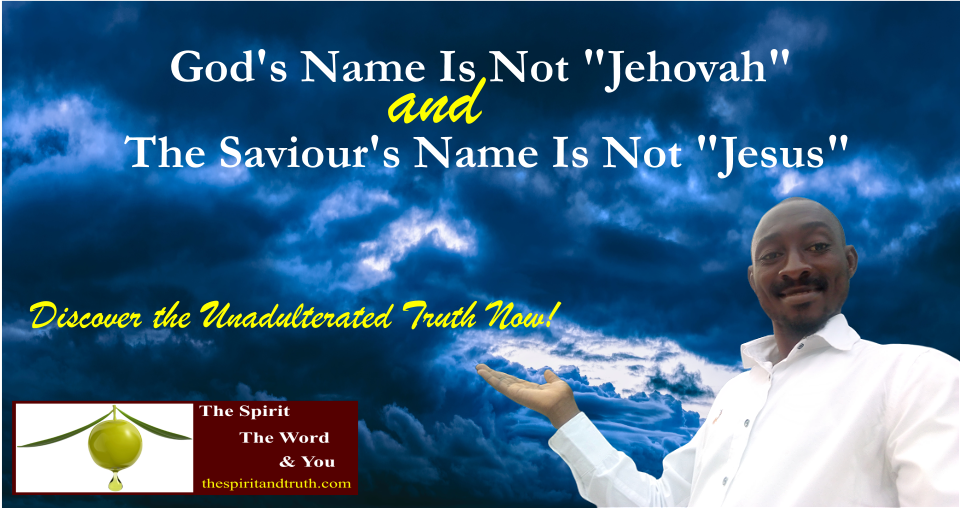 Do you think “Jehovah” is the real name of the Creator of Heaven and Earth?

Do you think “Jesus” is the real name of the Son of the Creator?

Do you also think “God” and “Lord” are the real names of the Creator and His Son?

In this article, I’ll be sharing with you the true sacred name of the Creator of Heaven and Earth and that of His Son, Our Savior.

Who has ascended up into heaven, or descended? Who has gathered the wind in his fists? Who has bound the waters in a garment? Who has established all the ends of the earth? What is his name, and what is his son’s name, if thou can tell? — Proverbs 30:4

Why Use the Names “Yahveh and Yahshua” Instead of Jehovah and Jesus?

On this website and in my articles and books, you will come across the name “Yahveh” and “Yahshua” instead of the popular names Jehovah and Jesus and since many people have no knowledge of these names, I will like to explain the meaning of these names.

Satan and all demons fear only two powerful names. Surprisingly, such two powerful names are not Jehovah and Jesus Christ as you may presume. The Bible says, “Who has ascended up into heaven, or descended? Who has gathered the wind in his fists? Who has bound the waters in a garment? Who has established all the ends of the earth? What is his name, and what is his son’s name, if thou can tell? (Proverbs 30:4). The creator of heaven and earth has revealed His true name and the true name of his Son to me and I have delivered a lot of people from spiritual marriage or demonic forces through these two powerful names. You will witness the power in these two powerful names when you join my deliverance prayer session. If you pronounce these great names consistently in your prayers and command the demonic spirits to leave you in the name of these powerful names, the demons will yield to the power of these two great names and flee away. There have been so many testimonies in my assembly from victims who have become free from these spirits which have held them down for so many years through the use of the true sacred name of God and that of his son, the Messiah.

Note: The name that the Archangel Gabriel brought to Mary to be given to the Son of God was not Jesus. The Bible says, “Neither is there salvation in any other: for there is none other name under heaven given among men, whereby we must be saved” (Acts 4:12), apart from the name Yahshua. If you really want to get total deliverance and freedom from these demonic spirits, then learn to use the power of these two names to command the demons to leave you and they will.

The True and Powerful Name of the Creator

The True Sacred Name of the creator is not Jehovah. God and Lord are titles that the Creator bears; they are not the real powerful name of the Creator that demons tremble at. Bear in mind that many people and spirits are also referred to as God or Lord.  So if you call the creator by his title only without adding his name to the title, who or which God or Lord are you actually calling or referring to. The true sacred and powerful name of the Creator of heaven and earth is “Yahveh” (YHVH — Yod Hey Vav Hey). Read Genesis 22:14, Exodus 6:2, 3; 17:1 and Psalm 83:18. Note that “Yahweh” is a close pronunciation to the true name “Yahveh” but it is inaccurate. This is because there is no ‘w’ sound in the Hebrew language. Ava Yahveh is the true name of the Creator. Yahveh is a Hebrew word and the Hebrew language is also a heavenly language. Ava means “Father” and Yahveh means “I will be who I will be”.

According to the Book of Jewish Knowledge Encyclopedia, by Nathan Ausubel, “There is more than a tinge of irony for Jews in the thought that the first Biblical scholar to make the discovery that the Pentateuch was the composite product of at least two different documents was a French Roman Catholic, Jean Astruc (1684 – 1766), who thereby became the founder of modern Biblical criticism. He had arrived at his hypothesis in an interesting way. Nonplused by the obviously unnecessary repetitions and confused chronology in the narrative portions of the Book of Genesis, he was even more puzzled to designate God. One was the ineffable Name. YHVH which is pronounced “Yahveh” (in 1518 it was written for the first time as “Jehovah” by Peter Gallatin, the confessor of Pope Leo X). The other was the odd plural rendering Elohim (singular: El) — for God. From the appearance in the text of these two different names, Astruc deduced that there had been effected a fusion of two separate Scriptural documents in Genesis, most probably by Ezra the Scribe. Wherever the name Elohim appeared, Astruc ascribed the passage in which it was set to the documents that he named “Elohist,” and the passages in which YHVH occurred he attributed to the “Yahvist” version.”

The True and Powerful Name of the Son of Yahveh

In the same way, Jesus Christ is not the true name of the son of Yahveh likewise the names “Yesu”, “Isous” and “Yeshua”. Yahshua Ha Mashiach [translation: Yahshua the Messiah] is the only true sacred and powerful name of the son of Yahveh which demons fear and tremble at. Yahshua is a Hebrew name that was given to the Messiah by Yahveh himself through the Archangel Gabriel. Yahshua means “Yahveh saves or Yahveh is our savior” and Mashiach (Translation: Messiah) means “The Anointed One”.

That’s the truth beloved. Yes, it is an adulterated truth. The Scripture of Truth says, “For there is nothing covered, that shall not be revealed; and hid, that shall not be known. What I tell you in darkness, that speak ye in light: and what ye hear in the ear, that preach ye upon the housetops” (Matthew 10:26, 27).

You shall know the truth and the truth shall set you free (John 8:32).

If you have anything to do, just do it for the truth. The Bible says, “For we can do nothing against the truth, but for the truth” (2 Corinthians 13:8).

P.S: If you have a spiritual marriage or your life is being manipulated by demons and would like to know why those things are happening to you and how to be set free, click here for my free e-book that will help you diagnose your spiritual health status to know whether you are a victim to a sex demon or not. And the interesting thing is that this free ebook will prescribe the appropriate solutions in case you have a spiritual problem. 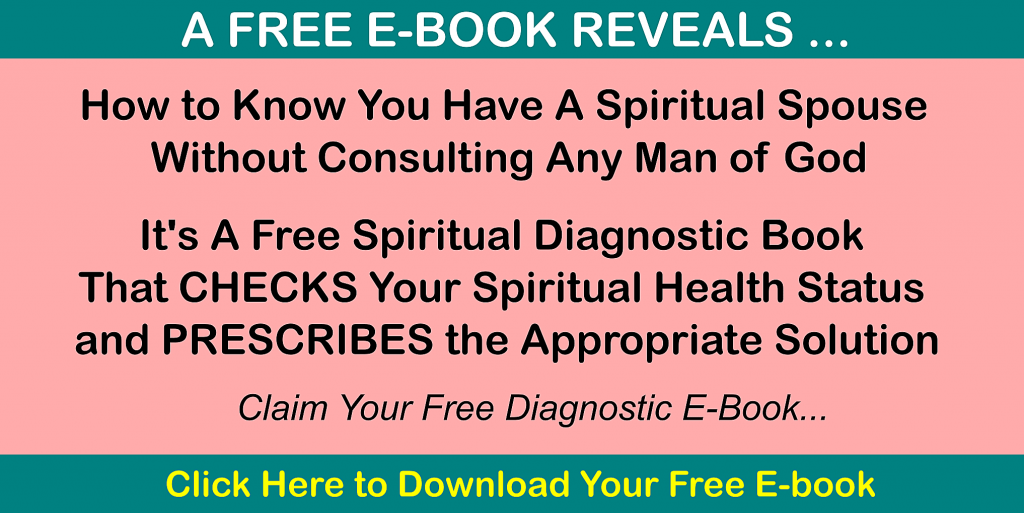